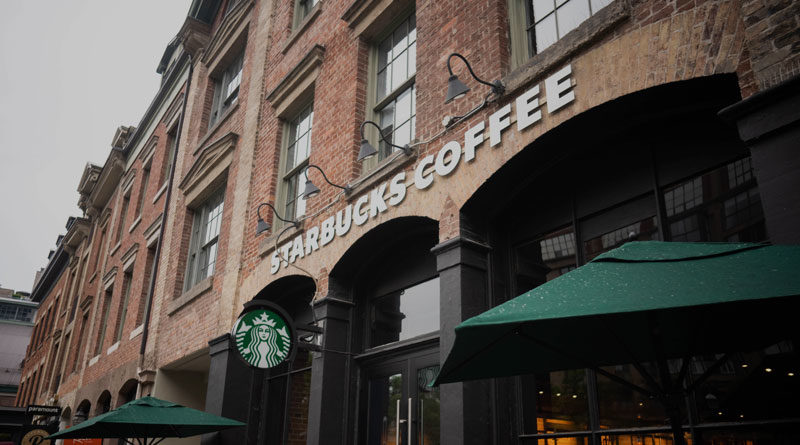 Earlier this month, former CEO of Starbucks, Howard Schultz, was a commencement speaker for ASU’s graduation ceremonies. Similar to many commencement speeches, Schultz‘s message inspires graduates to take heart in their dreams and make the world a better place.

But Schultz’s speech isn’t tailored to just ASU grads. As a successful entrepreneur who went from growing up in the projects of Brooklyn to building up one of the most successful companies worldwide, Schultz speaks to any and all who hope in the American dream.

“The Promise of America”

Early on, Schultz’s mother taught him to believe in that American dream, the dream that no matter your circumstances, opportunities for success await those with the gumption to take them. Even while living in public housing with just enough money to pay for the monthly rent, Schultz’s mother continued to tell him that “good education and hard work will open the doors to a better life…that your station in life does not define you and [that] the promise of America…is for all of us.”

Schultz didn’t know how much sticking to those beliefs would shape his future and guide his small company in expanding to over 20,000 stores worldwide and employing over 300,000 people. He didn’t know, as the first college graduate in his family, that one day his company would help hundreds receive their own college education through the Starbucks College Achievement Plan. He didn’t know that the company he would lead would pioneer providing comprehensive health insurance to its employees, way ahead of its time.

Schultz didn’t know any of this. But he believed in the dream his mother instilled in him, and he went forward with it.

Believing in such a dream seems foolish when looking at how many startups never make it. Not everyone can be a Howard Schultz and build up a coffee shop empire. Most days, the odds don’t seem to be in your favor.

But the odds weren’t in Schultz’s favor either. At seven years old, Schultz watched his father lose his blue collar job after an accident. Schultz says of this experience, “I saw the fracturing of the American dream…I saw my parents go through hopelessness and despair…and those scars, that shame, that is with me even today.”

Rather than letting these events discourage Schultz, he used them as defining moments for creating a company and company culture that, he says, “my father never got a chance to work for. A company that honors and respects the dignity of work and the dignity of all men and women.”

That company would face some challenging moments of its own. Years after initial success under Schultz’s leadership, the Starbucks Coffee Company encountered setbacks that almost destroyed their business. Schultz felt that it was time for a reawakening of values within the entire company. The same values his mother taught him. The ones he originally ran the company with, but lost along the way

The Real Secret to Fulfilling the American Dream

Schultz and his associates set out to reinvent the culture of their company. A culture that focuses on their service-filled outreach and social compassion. One that gives more than it takes. A culture that defines success not as an entitled privilege, but as a gift sought daily through humility and hard work.

Since then, Starbucks has bounced back from its potential financial scare and continues to be a force to be reckoned with. It embraces the spirit of “Ubuntu,” a term Schultz heard when traveling to Johannesburg. Before opening the first Starbucks in South Africa, Schultz met with the store’s 50 new employees. He learned that none of them ever held a job before being hired on at Starbucks. “They were all unemployed for their entire life,” Schultz says, “and you should see the self-esteem and the sense of security as they were getting ready for their first job.”

The success you will have one day only matters so much. How you share that success, though, will mean more than the world to the people you share it with. Schultz reminds the ASU grads that they are who they are because of parents, friends, siblings, mentors and more who, “had faith and confidence in [them], like my mother had in me, and nurtured [their] dreams.” Schultz’s call-to-action for these grads is to go out and be a similar influence for good. But remember, he’s also speaking to you.

Your opportunities already far exceed those humble workers at the Starbucks in Johannesburg. The American dream may seem far off and still no more than a dream. But it’s right in your grasp, ready for the taking.

Yes, you need hard work and ambition to succeed. However Schultz’s experience reveals more secrets to success: selflessness, humility and the courage to stick to what you believe in. The American dream becomes a reality when success isn’t defined just by your own upward progression, but also by how much you help others to find that as well.

Check out the full transcript and video of Schultz’s address for further study. Ask yourself these “enduring questions” that Schultz presents to the grads for their consideration:

“How will you respect your parents and honor your family? How will you share your success and serve others with dignity? And how will you lead with humility and demonstrate moral courage?”

The future is yours to create. How will you shape it?